CHARLES “SKEETS” GIBBS
Charles (Skeets) Gibbs passed away November 14, 2003 of lung cancer. He lived in Oceanside with his wife and three grown children.

Darla June Gibson Hardage, 59, of Modesto died Wednesday of cancer at her home.

Mrs. Hardage was a native of Alamosa, Colo. She lived in Modesto 35 years. She was a homemaker. She was a member of the 3rd Ward of the Church of Jesus Christ of Latter-day Saints. She enjoyed genealogy.

Remembrances may be made to Missionary Fund of the Church of Jesus Christ of Latter-day Saints, in care of Bishop Patrick Rhoades, 3124 Wycliffe Drive, Modesto 95355; or Community Hospice, 601 McHenry Ave., Suite C, Modesto 95350. Edward “Eddie” Alvin Gonzales Jr., 66, of Canyon died Friday, Feb. 4, 2011.Memorial service will be at 10 a.m. Friday in Kingdom Keys Church, 2615 Paramount Blvd., in Amarillo.Eddie was born in New Orleans on Aug. 16, 1944, to Eddie Sr. and Betty Ilene Gonzales and hadn’t met a stranger since. He spent most of his childhood in New Orleans and earned an Eagle Scout at the age of 13, before moving to California as a teen.Mr. Gonzales went on to graduate from San Dieguito High School in Encinitas, Calif., before serving four years in the Air Force.Eddie heard his calling for the car business and for more than 30 years he made his living by making friends and making deals. He eventually came to own his own business, Longhorn Tours of Amarillo in 1998, and got his chance to continue meeting new people while making even more lifelong friends.Eddie is preceded in death by his parents, a stepfather, William C. “Grandpa Bill” Norfleet; his best friend and mentor, Uncle Bob Hodge; and his grandson, Benji.Eddie is survived by his faithful companion and protector, Ginger Bandit; his ex-wife, Patsy of Amarillo; three children, Curtis of Fort Worth, Brad and wife Josie of Amarillo, Shane and wife Jen of Stafford; two grandchildren, Eddie and Madison; a sister: Ruth Atwell and husband Ed of Reno Nev.; two nieces, Julie Gundle of Reno and Maureen Atwell of Milwaukee, Wisc.; a great-nephew, Troy; and a great-niece, Manhattan.

Published in the Amarillo Globe-News 10 February 2011 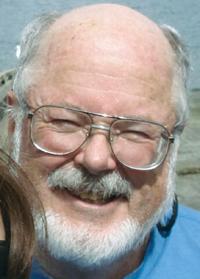 James David Kruger paddled into the sunset on Aug. 26, 2020. Dave lived a life that revolved around public service, time in the outdoors and a bit of gossip here and there.

The eldest of four children, Dave was born in Oceanside, California, on Nov. 17, 1944, to John (Jack) and Yvonne Kruger. Dave’s memories from childhood included living on a chicken ranch, grunion hunting in the surf and digging a backyard fallout shelter.

Upon graduation from San Dieguito High School, Dave enrolled at Harvey Mudd College and majored in chemistry. Claremont’s proximity to the San Gabriel Mountains inspired an evolution from beach bum to explorer of mountains. Graduation in 1966 revealed a practicing nerd with a hunger for larger and wilder spaces.

Next stop was the University of Washington, where he enrolled as a doctoral candidate in organic chemistry. Dave joined the university’s mountaineering club and met his future wife, Belinda Kruger, who fell in love with the bespectacled nerd sporting a dubious mustache. Dave and Belinda married in October 1971.

Dave had a lifelong passion for education and leadership. Upon completing his doctoral studies in 1973, he accepted a position teaching chemistry at Clatsop Community College. It seems likely that this decision was heavily influenced by the incomparable views from the college’s chemistry lab.

Dave taught at the college until 2000. Former students mention his ability to make chemistry approachable, commitment to students, unusual front of class stretching regime and penchant for wearing shorts year-round.

Nineteen seventy-three marked the birth of Belinda and Dave’s only child, Ian Kruger. Dave approached parenting as a bit of a mystery, and was fortunate to have a supportive guide in Belinda.

Ian recalls a childhood of backpacking and cross-country skiing, with just enough fishing to keep an exhausted child engaged. The relationship evolved and enjoyed a foundation of mutual respect and admiration for each other’s strengths. Ian is hoping that he did not inherit his father’s sense of fashion.

Dave and Belinda divorced in 1988, and he entered a period of reflection. Diversions began with stunt kite flying and evolved into an obsession for sea kayaking. He also devoted his energies to KMUN, a dedication that continued throughout his life.

Meeting Becky Dean at the Riccardi Gallery in 1992 was a milestone for Dave. Becky provided Dave with his missing companion and adventure buddy. The two were partners in innumerable adventures on the water, first in sea kayaks and later in Dave’s hand-built boat, the Surf Scoter. Dave and Becky married in 2011. Becky was unable to break Dave’s habit of wearing socks with sandals.

Throughout his life Dave enjoyed a number of passions, from mountaineering to steelhead fishing, RC planes, stunt kites, kayaking and boat building. His love of and commitment to family, friends and students was unwavering. He will be missed by many, and would undoubtedly appreciate it if you shared irreverent photos and memories.

In lieu of flowers, the family is requesting that donations be made to community radio station KMUN.

Published in The Daily Astorian September 3, 2020

Anthony “Tony” Felix Obloy of Wailua Homesteads passed away at home on September 17, 2013 at the age of 69. He was born in Cleveland, Ohio on May 22, 1944, a United States Air Force Veteran and retired as a retail manager from Hardware Hawaii formerly known as Hale Kauai.

Published in The Garden Island, 22 September 2014

GEORGE D. PESACRETAGeorge D. Pesacreta, age 61, died on January 18, 2006, after a courageous battle and ALS. He was born May 19, 1944, in Poughkeepsie, New York. George spent his childhood in New York. His family moved to Southern California, where he graduated from San Dieguito High School in 1962. He graduated from the University of San Francisco and went directly into the Peace Corps in Peru, where his lifelong love of Latin America and world travel began. George earned his master’s degree from San Diego State in Latin American Studies in 1978. After becoming a professor at Palomar College, he served as chairman of the foreign languages department for nine years. George was instrumental in the development of the Palomar College Study Abroad Program. He introduced many students to worlds they did not know in Spain, Mexico and Costa Rica. George retired in 2003 and his battle with ALS began. Preceding him in death were his parents, Mike and Josephine Pesacreta. He is survived by his brother Michael Pesacreta and sisters Carolann Hayes, Jean Smith, Dianne Nichols and Marilyn Rutherford; nieces and nephews Lauren, Brooke, Zach, Alex, Johnnie, Michael and Nathaniel. A private memorial service will be held for family and friends on February 4, 2006. Contributions can be made to: George Pesacreta Travel Abroad Scholarship Fund, Palomar College Foundation, 1140 W. Mission Road, San Marcos, CA 92069, (760) 744-1150 ext. 2664.

(23 Nov 1944 — 19 Aug 1985)Tall and slim. Waist-long, thick chestnut hair streaked with blond. Big brown eyed gorgeous, glowing, smiling, full of life, wild Kristine Waldorf. We were inseparable in our senior year and sat next to each other in our San Dieguito blue and whites on the softball field bleachers when we graduated, June of l962. Melody Giffin was my best friend, too.

Senior year: we picked out patterns and fabric and sewed clothes for each other. We walked the beaches of Del Mar and Solana, orange groves of Rancho, snuck smokes behind the quad buildings and talked about the present (boys) and going all the way or not, and the future (men) and that we’d never get married no matter who asked.

We planned to get famous, go to Europe and never do a thing that was expected of us.

Kris married John Hunt (an incredibly handsome surfer) right after high school and a year later I got married mid-semester at Goddard College in Vermont and soon divorced. Melody taught school and wrote brilliant, hysterically funny books full of her warmth and insight. Kris and I lost touch but I never forgot her. I still try to do the unexpected.

Least unexpected of all was to find out on this Christmas Eve 2010 that Kristine had passed away in 1985. High school seemed to take forever, but we didn’t have nearly enough time.

Kris, I miss you.