VISTA — Walter Jackson Flanary II, “Jack,” from Vista, California, passed away on Tuesday, January 4, 2011, at the age of 62. He passed away at Tri-City Hospital in Oceanside, California after having an ischemic stroke.

Jack was born on June 10, 1948 in Pikeville, Kentucky, to Hilda Dailey and Walter Flanary I. He was an only child. His mother married his stepfather, Bud Dailey, in 1961. His mother came to the United States in 1946 from Ipswich, England and worked as a nurse’s assistant. His stepfather was born in Kentucky and worked as a farmer. Jack lived in Kentucky with his mother and stepfather until 1962, when he was 14, when they moved to California. They also lived in Oregon from time to time, but always came back to the Golden State.

Jack graduated from San Dieguito High School in Encinitas, California in 1966. From the time Jack was 10 years old, he spent most of his free time focusing on his true passion, playing drums in various school and community bands. He formed a rock band with some friends from high school and after many name changes, they went by “The Lyrics.” Jack and “The Lyrics” gained notoriety in the late 1960s and even toured with Rock and Roll Hall of Fame inductee “The Doors” in 1968.

Jack met his wife, Suzanne Flanary, in 1977, in Oceanside, California. They were together for 33 years. She works as a Customer Service Manager at Wal-Mart in Vista, Calif.

In 1982, Jack left the rock star lifestyle and became a manager of the packaging department at The Blade Tribune Newspaper in Oceanside, California. He continued his work in the newspaper business for 27 years, working most recently at North County Times Newspaper in Escondido, California until he retired in 2009 at the age of 60. Suzanne gave birth to their only child, Amanda Flanary, in September, 1988 and they married just three months later. Amanda attends MiraCosta College and teaches preschool in Oceanside, California. After Jack retired, he became a caregiver for his mother, Hilda.

Jack was predeceased by his stepfather, Bud, in 1985. He is survived by his mother, Hilda, 87; wife, Suzanne, 55; and daughter, Amanda, 22. Hilda lives in Oceanside, California; and Sue and Amanda live together in Vista, California. His wishes were to have his body donated the the UCSD Medical Center for science and educational purposes. His family and friends will be holding a private memorial service celebrating his life. You may contact his daughter, Amanda, by email for more information. 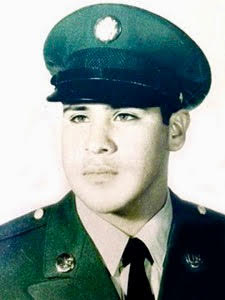 Victor “Chief” Lopez and I were, I’d call it acquaintances during high school. I recall him a quiet demeanor, but with a thoughtful look. I’m sure like me he was anxious to graduate and looking forward to some time to not be bound to a schedule.

The future would be something not worth considering preferring instead to be in the moment, enjoying the day, being among friends and family.

But then Vietnam got in the way.

Chief was drafted and after basic training sent to advanced infantry training. His military occupational specialty would be Infantryman, What we call “11 Bravo”.

1967 and 1968 was a conflicted time in our country. The war was not popular and unfortunately this put a strain on our servicemen. On the one hand, we could see we were part of the very thing causing vocal and physical dissent. This was especially true in 1967 and 1968. On the other with few exceptions we intended to carry out the national objective of our political leaders.

I feel this would be the case for Chief Lopez, do his duty but sensitive to the growing unpopularity of this war. He was an ordinary guy challenged with extraordinary expectations.

As a draftee, I’m sure he wanted to do his job and get back to his neighborhood, friends and family. After all its only two years… 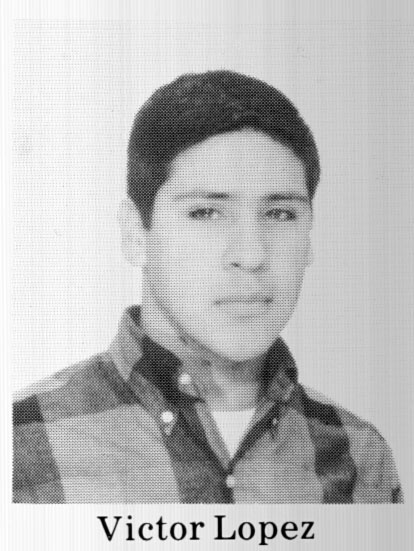 I’m sure he had the best combat training available at the time. So did 11,780 other servicemen who lost their lives in 1969.

He was assigned to the First Infantry Division with the attained rank of Specialist 4, where on January 17, 1969 in a place called Binh Duong lost his life during what we politely call hostile action.

I think often of the Vietnam war, and the Chief always comes to mind. For a number of years I was conflicted about what I felt but as the years pass I am less unsettled but still question the reason we were there.

But for me, Chief Lopez was a hero. He did what was asked, unerring and diligently. We need to hold him up as the standard of what giving selflessly really means. His life and actions deserve our respect and homage.

So on Memorial Day pause and give thanks for such brave men, who ironically never thought of themselves as brave. There will never be another Victor “Chief” Lopez but he should be an inspiration to others who follow in his footsteps.

Read during our Memorial Day Weekend Ceremony on Saturday, March 25, 2019.

Jessica G. McNames passed away at her home, surrounded by her family. Jessica was a special person and death could not dim the courage and nobility she displayed in facing it. Jessica was born in Oceanside, and grew up on Neptune Ave. in Leucadia. She was a graduate of San Dieguito High School (Class of 1966), Palomar College, and San Diego State University. Jessica worked for AT&T, Pacific Telephone, Pacific Bell, and retired from SBC in 2003. She loved gardening, traveling, the theater, the opera, her cats, and her family. Jessica is survived by her husband, Mark Pomerance, of Vista; father and step-mother, Mr. & Mrs. J. Glenn McNames, of Vista; brothers, Randall McNames and Victor Kazakevich, of Del Mar; Herb Pomerance, of Vista; Matt Pomerance, of Indianapolis; brother and sister-in-law, Mr. & Mrs Charles Cooper, and niece, Samantha Cooper of Bellingham, WA; aunt Roni Wattman, of Manhattan, NY. At her request, Jessica’s ashes will be scattered at sea, and no formal services will be held. Arrangements were handled by Accu-Care Cremation Center, Carlsbad, California. In lieu of flowers, the family suggests donations to the Elizabeth Hospice, 150 West Crest St., Escondido, CA 92025.

Carl was one of the most outgoing people I’ve ever encountered. He was famous for his pumpkin carving parties. Every Halloween he’d have one and the partygoers were amazingly creative and gifted. That party and the pumpkins that came out of it were the talk of the town. Carl must have been a teacher in a past life because he carried a large blackboard with him and would use it when we outlined our stories. Once we had the outline, we went our separate ways to write scenes and then came together to polish each scene. Carl was quite the negotiator saying I’ll let you have this line if you let me have that one. Sort of takes the magic out of it, doesn’t it?

Loren was passionate about fishing, camping, and raising Japenese Koi, NASCAR, the Chargers and the Padres. He was an excellent craftsman, loved woodworking, remodeling and spent many years in the construction trades as a licensed building contractor. He joined forces with his father-in-law Tom Prouse in the late 1970’s and built many notable buildings in North County; Old World Center in Carlsbad Village, The Beach Club at the pier in Oceanside, Red Tractons restaurant in Del Mar, San Clemente Cove at the pier in San Clemente and many other projects and custom homes. He also built many beautiful Koi ponds in the area.

A friend to all he met, always ready to lend a helping hand, the “Life of the Party”, Loren will be sorely missed by his friends and family. A celebration of life will be held Sunday, March 29th, 4:00 P.M. at Calvary Chapel of Living Hope, 625 Seagraze Dr Oceanside.

In Celebration of a life well-lived

Ronald “Hobbit” Keith Valenzuela, our friend, brother, son, uncle, and the man with unending aloha and joy, passed away on December 7, 2012 at his home in Honokawai, HI.

Ron was born on September 21, 1947, in Pomona, California, to John and Mary Valenzuela. He was a respected and loved food server throughout his years, at Chez Paul’s, Eric’s Seafood Grotto, and The Maui Marriott Hotel Luau. Despite having lived with seizures since the age of 16, and watching the seizures slowly take away his active, independent, Maui lifestyle, Ron maintained his enduring positive mental attitude, and his determination to live as healthy a lifestyle as possible. His optimism and health made him an excellent candidate for a breakthrough brain surgery, and in 2000, Ron became the first person in Hawaii to undergo this rare surgery. Within months, he was back on his bicycle, and up riding the Maui surf again, where he
happily stayed until his passing.

Hobbit was loved and admired by all who met him. He was an inspiration, and a Lahaina icon. He will be so very missed by us all…