PAMELA ALLEN (Russ)…Mrs. Russ was born in Upland, in San Bernardino County, and came to Encinitas in her early childhood. She graduated from San Dieguito High School in 1971 and obtained her bachelor’s degree in art at the University of California at Santa Cruz in 1976.

At one time she owned and operated her own fashion shop specializing in air-brush designs on garments.

Besides painting, she did illustrations for a variety of publications as well as advertising layouts for various clients.

Her paintings, for the most part, were of everyday scenes, Seewald said, and they usually included people in fun settings.

She had recently been commissioned to do a painting for the Horton Grand Hotel in the Gaslamp Quarter.

Russ also was well-known as a Polynesian dancer. She was a member of Hui O Hawaii, an organization dedicated to preserving the Hawaiian culture.

Visitation is planned from 3 until 8 p.m. tomorrow at Encinitas Mortuary. Services will be held at the San Dieguito United Methodist Church at 7 p.m. Thursday. Private inurnment will follow.

In addition to her brother and mother, she is survived by a brother Gary Allen of La Quinta.

I received some very sorrowful news this afternoon, our fellow classmate Robert Alt passed away recently after a prolong battle with cancer. Robert leaves behind a wife, five adult kids and a troop of grandkids.

A Celebration of Life for Robert will be held this coming Sunday, the 8th of April at the following location: Vista Civic Center, 200 Civic Center Drive, Vista.

Take Care of Yourselves

Carlsbad lost a treasure when Killarney Carnohan passed away from cancer on September 29, 2017. Killarney emceed Art Splash and served on the CERT team. She was born in San Diego and had two sons, Erik and Carson, with her first husband, Todd Hogan.

Killarney thrived professionally as an illustrator of civil engineering projects for PBS&J. Her many friends and second husband Robert Morgan knew her as the statuesque redhead with the radiant smile. In recent years, she relished being single and having her own home.

Memorial services will be private.

I have a few personal words about Killarney. She was, as the obituary says, a statuesque redhead with a radiant smile. A simile that rarely left her Irish face. When Killarney would step into a room, those in attendance would look up to spy a tall, lanky, all smiles, beautiful woman. She had a sassy quick wit, and a fine sense of humor.

Back in the 1970s, it wasn’t until a 1950s dress-up day at San Dieguito High School that Encinitas resident Gary Ferritto felt vindicated. Ferritto was mocked and teased in school for being a “greaser” — the way he dressed, his pompadour hairstyle, and the Elvis songs he sang.

One year after his 1971 graduation, K-Earth 101 radio began blasting 50,000 watts of “golden oldies” throughout Southern California — music from the 1950s to pre-Beatles. 1973 saw George Lucas’s American Graffiti hit the big screen, followed by ABC’s popular Happy Days, both portraying life and music of the late ’50s, and early ’60s.

In 1974, the school invited Ferritto to put together a 1950s-style band with some fellow alumni. He adopted the stage name “Kanickie,” a character in the then-Broadway play Grease. The Fabulous Belair Boys (of which this writer was a member) made their first appearance.

It led to a 20-year gig at the Del Mar Fair, along with Ferritto’s solo act, “Kanickie’s Tribute to Elvis.” In the 1980s and ’90s, Ferritto’s Belair Boys had regular house-band bookings at San Marcos’ Mission Inn, Fallbrook’s Valley Fort, Carlsbad’s Henry’s, and Escondido’s Speakeasy, along with numerous car shows.

Kanickie never strayed from his set list — the band only performed early rock ’n’ roll tunes up through the Beach Boys era and never wandered into the British Invasion.

Throughout the past decade, Gary “Kanickie” Ferritto, although he had a stroke, continued singing his music as a regular at karaoke bars. Ferritto was hospitalized 20 months ago after a second stroke.

“Elvis has really left the building. He was such a presence when we all went to San Dieguito and years later too,” wrote David Teten on Facebook.

Guitarist John Chatfield, a onetime fill-in band member, wrote, “Gary was the Real Deal. I remember seeing that old Duo Sonic guitar at Sterling Sound in Encinitas. I told Gary about it, and he snatched it up in an instant; the perfect guitar for him! He used it for many, many years.”

As a Torrey Pines High School teenager, Doug Allen of the Mar Dels credits seeing the Belair Boys perform at the fair as his inspiration for starting his band years ago.

“The best picnic jam session in heaven next to your friend Elvis and all the gang. What a cool jam that’s going to be,” wrote fan Madeline Elden.

A part of history in the North County music scene passed away on February 4. 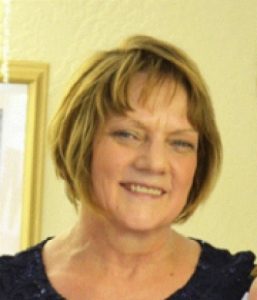 Karen Ann Bone-Kollenborn
1953-2020
Retired school teacher Karen Ann Bone-Kollenborn, of Ukiah, CA, passed away peacefully, in her sleep, at home on February 25th.  Karen was a well respected school teacher at Pomolita Middle School for over 30 years. She touched many lives in the community. She spent her retired years as a substitute teacher for UUSD and volunteering in the community. She enjoyed her time by reading, gardening, and spending time with her family, friends, and grandchildren.
Karen is survived by her husband, James; daughters, Jami White and Sara McBurney; son, Trevor Kollenborn; sons-in-law, Josh White and Eric McBurney; daughter-in-law, Kinderlynn Kollenborn; and grandchildren,  Brandon White, Jameson White, Charlee McBurney and Benjamin McBurney.
A celebration of life will be held at 1:00 PM, Saturday, March 14th at the Ukiah Senior Center. In lieu of flowers, please keep our family in your thoughts
Published in Ukiah Daily Journal from Mar. 8 to Mar. 11, 2020.
JAY GORDON MILLS
31 July 1953 — 14 April 2010

He lived with his family in the San Fernando Valley until 1963 when the family moved to Encinitas, Calif. Jeff attended grade school, junior high and high school in Encinitas and graduated from San Dieguito High School. He lived and worked in the San Diego area until 1986 when he moved with his wife and young son, Jeff, Jr. to Northern California. While living there, his second son, Nick was born. The family moved to the state of Washington in 1994. Jeff worked for Travis Industries for 11 years and was a valued employee.

Jeff was preceded in death by his father, Wilford (Bill) Naylor of Encinitas and his nephew David Naylor, Jr. of Escondido, Calif. He is survived by his two sons, Jeffrey and Nicholas of Washington State, his mother, Carol Naylor of Encinitas, his sister, Christine Naylor of Santa Rosa, his brother David Naylor, of Alturas, Calif., and his sister and brother-in-law, Judy and Steve Burns of Carlsbad, Calif. He also leaves two nieces, Jessica and Cristi Foss and many cousins.

ROBERT JASEN SHOCKNEYRobert Jasen Shockney died suddenly on September 27, 2006 in Cardiff, CA. He was born in San Diego on November 11, 1953, the only son of Robert and Geraldine Shockney. A life-long resident of North County, he was a graduate from San Dieguito High School and later San Diego State University with a major in business. He entered the field of Real Estate and was Sales Manager at Fairbanks Ranch development. He was also employed in sales at Rimrock in Escondido. As a young man, Jasen enjoyed many sports, especially baseball, snow skiing and beach activities. In his later years he refined a talent for cooking into an art that was appreciated by many who knew and loved him. He is survived by his parents, three children, Brooke, Robby and Kyle, four sisters, Jill Bronk, Becca Steinhoff, Sara Griot, Suzanne Shockney and long time companion Sue Arth and many nieces and nephews. Please sign the guest book at obituaries.uniontrib.com

Michael Duane StedmanMichael passed away on October 15th 2015 from complications from kidney cancer.

Michael is survived by his wife Carla of 10 years, whom Michael met in 1969 during a basketball game at Fallbrook High School. Carla was working the scoring table, in a matchup between San Dieguito and Fallbrook High’s. Michael made a pass at her (so to speak), they had a short romance, life got in the way, and they took off in different directions. As fate would have it, somewhere give or take 36 years later, they hooked up and fell back in love, and married.

Michael is survived by his wife Carla, his two daughters from a previous marriage, his Mom Pat, and his brother Chuck.

Karan was preceded in death by her mother and stepfather Ellie and Marvin Wright, father Buzz (Frank) Willey, and sister Carol Willey.
Karan grew up in the Cardiff, CA area and graduated from San Dieguito in 1971. She was office manager for North County Escondido Physical Therapy for over 20 years until moving to Sacramento in 2001.

Above all else, Karan loved her family and friends! A loving wife of 14 years, a fiercely devoted mother to her son, a wonderful sister and best friend who loved sharing the same birth date with her two siblings, as well as being the best Auntie “Lulu”! Karan’s engaging smile, wonderful sense of humor, and great fondness for others, brought countless hours of joy to all fortunate enough to have shared in her life. She loved to camp and fish as well as taking on any challenging adventure! She loved Bunco with her friends and was tough to beat at Cribbage, and she enjoyed enchanting people through her arts and crafts. She was a loyal and dear friend to the countless many who shared life’s special moments with her, loving all unconditionally. Karan lived life to its fullest and charmed everyone she met with a friendliness and kindness, truly from her heart.

There will be a Celebration of Life for Karan at North Coast Church Vista, CA on April 18th at 10 a.m. with a reception to follow in Oceanside.

Karan will be deeply missed by all of her loved ones and friends. We will cherish those precious memories of our time with Karan. Heaven is lucky to have her! Karan will forever live in our hearts and prayers.

In Karan’s memory, please consider a donation to the Alzheimer’s Association.

JANIS YAMASAKI SANCHEZ
The “Celebration of Life” for Janis Yamasaki Sanchez was held Friday the 17th of June, 2016 at San Dieguito Park.

BRIAN YOSHIYUKI YOSHIDA
15 April 1953 — 4 April 2013Brian Yoshiyuki Yoshida, age 59, passed away on Thursday, April 4, 2013 at Encinitas, Calif. He was born on April 15, 1953 in La Jolla, Calif., to his parents, Bill and Dorothy Yoshida. Brian was the second of four children. He attended San Dieguito High School and graduated in 1971. He enjoyed sports and horse racing. Brian will be remembered by his loving parents. He is also survived by brothers, Ronnie (Sandy) Yoshida, and Victor (Tammy) Yoshida; sister, Renee (Earl) Powers; and many nieces, nephews, cousins, aunts and uncles. A Celebration of Life will be held from 1 to 4 p.m., on Sunday, May 5, 2013 at the Encinitas Elks Lodge, 1393 Windsor Rd., Cardiff, CA. 92007.