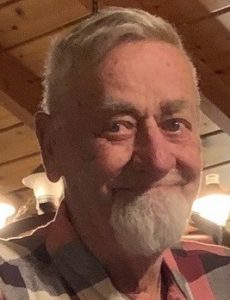 Larry Mack Morgan, 80, passed away in his wife’s loving embrace on May 12, 2020, in Encinitas, California. After a long illness, The Lord spared him from extended suffering with a stroke that took him suddenly. Larry was born in Monroe, Michigan, on February 17, 1940, to Darwin Morgan and Gertrude Mack Morgan. He grew up in Greenville and Monroe. He was proud to have attended the University of Michigan. He graduated from Ferris State University as a pharmacist but decided to become a teacher in order to use his greatest gifts. Larry soon moved to California, where he got a job teaching science at Garfield High School in East Los Angeles, where he met Nancy Reiley. They married on July 1, 1967, at St. James Catholic Church in Solana Beach and soon moved into their Encinitas home where they lived their entire married life. In his 30 year career in the San Dieguito High School District, Larry taught science and/or counseled at every school in the district until his retirement in 1995. He also coached cross country and track, served as a SDCTA President and advised the CSF on the local and state level. Larry served on committees for the first Earth Day, the first San Dieguito Half Marathon and the early San Elijo Lagoon Conservancy. For forty-nine years he ushered at St. John the Evangelist Catholic Church and was actively involved in the parish community. In 2000, he made the single most impactful decision of his life: he stopped drinking alcohol. He joined the fellowship of Alcoholics Anonymous and never looked back. This membership breathed new life into him, and through that new life, he breathed new life into those struggling around him. Nightly meetings and frequent sessions with sponsees began to overtake his free time and outdoor living space at his home. Many sought out wisdom and prayer from “The OldMan.”Larry also provided the best kind of loving care to his nine grandchildren and 15 great-grandchildren and their partners. Children big or small were truly the apples of his eye, and they knew it and still know it. Camping adventures, hosting birthdays, and holiday get-togethers were always fun. Newspaper Bridge and Jumble games, feeding the birds, gardening and his dog Lucy were the love of his leisure life to the end. He won his last game of euchre with joyful fervor the week of his passing.Larry was preceded in death by his parents and his brother, Clark Morgan. He is survived by his wife of 52 years, Nancy Reiley Morgan; his children Daniel Burke Morgan of San Marcos and Trudi Morgan Saltamachio of Encinitas; his grandchildren, Dale, Gisela, Stevie, Morgan, Peter, Chance, Mikaela, Nancy and Sean; his great-grandchildren, Bryce, Gage, Skyler, Alyssa, Layla, Lucas, Kaitlin, Charlie, Jordan, Lea, Isaiah, Kaden, Hailey, Cameron, and Caleb. There will be a Drive-By Celebration of Larry’s Life on Sunday, May 24, from 2pm-4pm at his home. A Memorial Mass and celebration will occur when they are allowed. In lieu of flowers, donations can be made in Larry’s name to Father Joe’s Villages or a charity of your choice.